It was better than this ... honest! 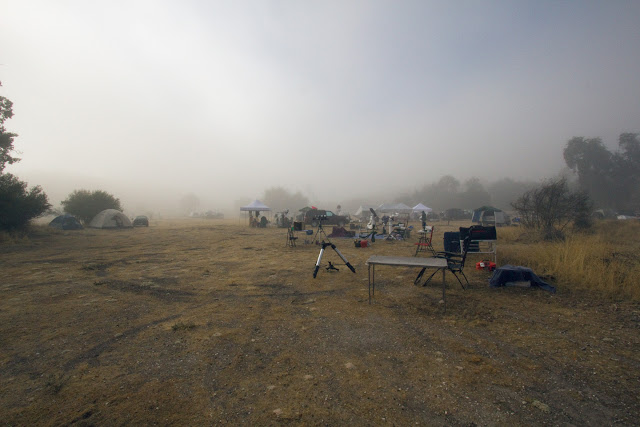 Friday morning at Calstar.  When all the vapor of the earth rose to meet all the vapor in the sky to condense in a burst of aqueous white.  It wasn't as bad as it seems ... the early evening was plagued by clouds but later the sky did clear only to bathe us in thick films of dew.  For those armed with dew heaters the after midnight sky was actually presentable.


Despite the conditions I was able to give my new ultra-wide 10-22mm lens a try.  Amazing fields ... if I get anything worth posting you will see it here ... much later.

Email ThisBlogThis!Share to TwitterShare to FacebookShare to Pinterest
Labels: Out in the Field